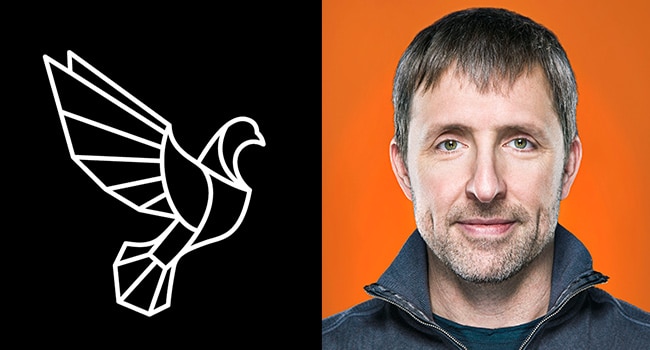 Dave Asprey, founder of nutrition platform brand Bulletproof 360, has stepped down as CEO and will move into the role of executive chairman effective October 1, the company announced yesterday. He will be replaced by Sovos Brands CFO Larry Bodner.
Speaking to BevNET, Asprey said he chose to step aside as CEO in order to focus on being an “evangelist” for the brand, opting to hire a new leader with extensive CPG experience as the company transitions from a primarily ecommerce platform to a broader omnichannel retail business. In this past year, the company’s cold brew coffees and various supplement products have launched nationwide into mass and grocery chains including Walmart, Target, Sam’s Club, Costco, and Kroger.
“I’m a tech entrepreneur from Silicon Valley and I know an awful lot about biology and what to eat,” Asprey told BevNET. “I don’t have 25 years of CPG experience. So I hired someone to help me do that. My office isn’t moving. What I do on a daily basis isn’t actually changing that much because I’ve always been our head evangelist, the face of the company and the face of the movement. I just want to be better at that and be better at leading the company.”
Asprey’s decision to step down follows a wave of c-suite and leadership exits at Bulletproof throughout 2019, including president and COO Anna Collins, VP of product management and strategy Karen Huh, director of financial planning and analysis Brian Hawkins, director of marketing Sandy Blumberg, VP of retail operations Amy Jo DiMeglio, and director of sales planning and strategy Cynthia Hamilton, among others.
According to LinkedIn, Eric Fling, senior manager of national DSD and c-stores left the company in February, later joining BodyArmor. The next month, Hawkins exited, having been with Bulletproof for roughly one year.
In April, Collins — who was responsible for overseeing much of the brand’s CPG business — was let go from the company. According to Asprey, Collins and several other employees were asked to leave as part of a broader “evolution” of the leadership team in order to help facilitate the company’s transition to omnichannel. However, Asprey declined to call this wave of exits a “layoff,” noting that Bulletproof was not downsizing and had posted job openings online to fill the vacated positions.
Asprey said that the reason for Collins’ removal was that her background is primarily in ecommerce, having come to the company from Amazon, and that he hoped to find an operations lead with more retail experience.
“I will tell you straight up for the entire future of the company we will continue to not do things that aren’t working, try new things and do more of the things that work and stop doing things that don’t work,” Asprey said. “Sometimes if you’re doing great work for the company, but it’s work that isn’t productive for our market and our business, we’re going to ask you to not do that and that’s the nature of all business.”
According to her LinkedIn profile, Collins is currently an entrepreneur in residence with Pioneer Square Labs. In her absence, CFO Cameron Kinloch, who joined Bulletproof in February after two years at plant-milk maker Ripple, assumed Collins’ responsibilities as COO.
Collins could not be reached for comment.
According to their LinkedIn profiles, several more high level employees followed Collins’ departure; it is not clear if they were laid off or resigned on their own. In May, DiMeglio left. In July, Blumberg exited. In August, VP of sales and business development Daryl Moore — a five year Bulletproof veteran — became the VP of business development at VitaCup.
Earlier this month, Karen Huh left Bulletproof after four years to become the CEO of food tech company Miraculex. She could not be reached for comment.
According to former employees, the turnover came as Asprey increased his focus on building his public persona as a thought leader and business celebrity through media appearances and by writing books. Asprey said he had been searching for a CEO for “the last three years,” so he could focus his full energies on his evangelism.
Asprey said he was introduced to incoming CEO Larry Bodner by the Bulletproof board of directors and that he was impressed by his nearly 30 years of CPG experience. Bodner has been a member of the board of directors for Hostess Brands since 2016. Prior to Sovos, he has held positions at Big Heart Pet Brands, the Walt Disney Company, and Procter & Gamble.
“Larry has the senior leadership team reporting to him and is our fully empowered CEO,” he said. “When it comes time though to go on Dr. Oz, when it comes time to release my new book — that comes out actually in a week, it’s called Super Human about anti-aging that is generating a drumroll of press and announcements for Bulletproof — I’m going to keep doing that stuff.”
While Collins was not replaced as President, one new hire was Martin Morse, the founder of a celebrity branding and promotional agency, who moved into the position of Executive Director of Strategy. Morse started in January, according to LinkedIn; he had previously worked with Asprey on his public-facing role.
Asprey is largely acknowledged as one of the leading proponents of the “biohacking” movement. One of his stated goals is to live to be 180 years old. He recently opened Bulletproof Labs, a “performance center” with locations in Santa Monica and Beverly Hills that incorporates equipment like cryotherapy, body scans, light therapy and more to “supercharge your body and upgrade your brain at the first facility on the planet dedicated to biohacking.”
Bulletproof has raised nearly $70 million in investment over three rounds, including a $40 million series C financing round led by CAVU Ventures in August, 2018.
No description provided.
Learn More
Update / Edit Listing
Early Registration Open
Early Registration Open